How WFH Demands are Accelerating Automation in the Back Office

While organizations around the globe have been affected by the wide-ranging ramifications of the Coronavirus, just months after the start of the largest lockdown in history, enterprises are figuring out how to survive – and thrive – within the confines of the new reality.

Watch this webinar with Craig Seebach, VP Enterprise Workforce Optimization at Verint and Daniel Peled, VP Channel at Kryon, to learn how Kryon’s Full-Cycle automation is being used together with Verint’s Workforce Management solution to help customers succeed in the post-COVID-19 world.

Don’t miss Craig at the Kryon Automation Olympics on September 8. He’ll be sharing his experience on how to build a winning team and seamlessly manage work between RPA robots and employees.

Flexibility is the Key to Stability

“Flexibility is going to be essential going forward,” explained Craig Seebach. “There’s been a lot of changes in roles. Many employees are no longer doing what they had been hired to do prior to the onset of the pandemic. We’re trying to support them as much as we can.”

Daniel Peled, VP of Channels at Kryon, described what happened to one of Kryon’s customers, a large telco whose call center had to close because of the lockdown. “Overnight, they had to take a lot more calls. And in the meantime, they had closed their stores – so it was the store employees who took the calls. This whole change took less than 24 hours; these are the kinds of major shifts that can be facilitated and supported by leveraging the power of automation.”

In the banking industry, for example, a lot of customers had to make tough decisions: which branches to open, which to keep closed – and what to do with employees in the branches that aren’t reopening. In many cases, employees were asked to change their roles. Perhaps someone who used to work as a teller started taking phone calls or learned how to handle back-office transactions that would normally be handled by a different group. The important question then becomes how to get these employees all fully skilled quickly in their new roles.

Implementing a Workforce Engagement and an Automation Solution Together

There are many areas where the two technologies complement each other. For example, an organizational workflow can often involve a hand-off between the human worker and the robot.

“The biggest bang for us is when we put them together,” Craig stated, adding, ” A task undertaken by a robot may go back to a human worker for a decision, and then the robot will finish it.”

Being Open and Ready for the Change

As an employee, it’s crucial to have a level of trust that your employers are doing their best during this challenging time – to have the understanding that they are working as hard as they can so that you can do your job, by giving you all of the tools that you need.

“Embrace the new,” Craig advised, “as there are going to be new technologies, new processes. Sticking with the old ways is no longer going to cut it. There’s no going back.”

Part of this process of adjustment involves figuring out the best ways to make things work well within the changed work environment. How are you going to replace the kinds of interactions that we used to have around the coffee machine? “This is the ‘new new.’ We need to figure out how to make the best of it,” Daniel concluded. “We need to think how to make it happen, so that I feel good when I work from home.” 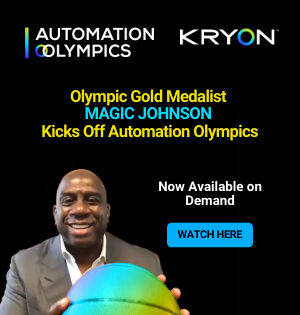